A Canadian photographer on a diving trip found a camera at the bottom of Deep Bay in Vancouver. Lost by an unknown person, the memory card still had photos preserved, despite being in the water for more than a year (the camera was toast, of course). Using social media (Google Plus; he mentioned that he only got one “Like” on Facebook), Markus Thompson was able to identify the owner in less than 24 hours. The world has really gotten small. 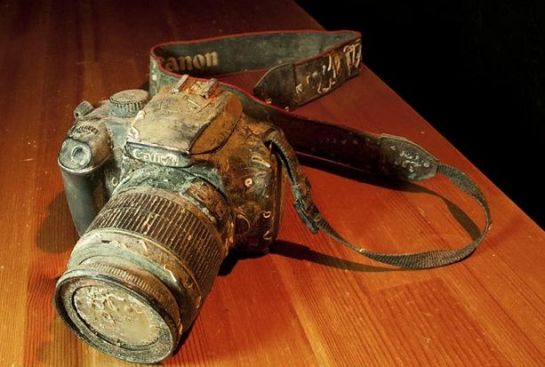 Markus Thompson, a self-proclaimed naturalist and aspiring photographer, was scuba diving in Deep Bay in Vancouver when he found the camera. Amazingly, it had been under water for more than a year but about 50 photos were recovered from the DSLR memory card. That’s when Thompson took to the vast social network. Tecca has more:

“Approximately 50 pictures on the card from a family vacation. If you know a fire fighter from British Columbia whose team won the Pacific Regional Firefit competition, has a lovely wife and (now) 2 year old daughter — let me know. I would love to get them their vacation photos,” he posted.

Guess how long it took before Thompson had found a match:

The social network’s hive mind went to work and in less than 24 hours Thompson received a message stating “I know exactly who the camera belongs to!” The owner, a firefighter from British Columbia, was identified through photos on the card that showed him at the Pacific Regional Firefit competition.

Read the rest at The Blaze

But then, when does proof have anything to do with it? The Obama-protecting state-run media has nearly accomplished its mission: with all the as-yet unproven allegations of sexual harrassment piling up, it looks like Herman Cain’s campaign may be relegated to the scrapheap of presidential primary history.  Stacy McCain has a piece about the business partner of Cain’s latest accuser, and how her background is as sketchy as Cain’s previous accusers: 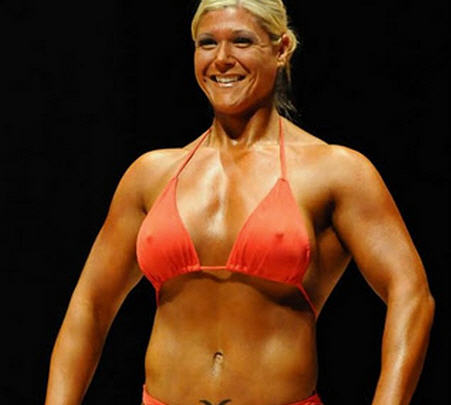 Despite all of the obituaries for the Cain campaign, then, what do we know about the three accusers whose names are public?

Everybody keeps saying there’s an awful lot of smoke for there to be no fire, but each of these women has something in her background that tends to taint her credibility. A month into this, and we have no actual proof that Cain did anything wrong.

You need to go over to The Other McCain, if only to access the link to pics of Ginger White’s former business partner Kimberly Vay (pictured above).

Something smells fishy here in River City. The local Tea Party organization complained to Mayor Dwight Jones about having to pay fees for permits and services for three rallies held in downtown Richmond,  while the local Occutards occupied the same space without filing for permits, or paying for services of any kind. The Tea Partiers figured the city owed them $8500, or the Occupests should get a bill (only, to whom would it be sent?). Guess what? Instead of getting a meeting with the Mayor -like the Occutards got- the Tea Party got a notice that they are being audited by the city. Surprise! Don’t mess with the lefty political machine.

Two weeks after the Richmond Tea Party delivered an invoice to Richmond Mayor Dwight Jones for costs incurred for previous rallies, we received a letter from the City of Richmond formally stating that the city is auditing our Tea Party. Coincidence? This audit is an obvious attempt to intimidate and harass us for standing up against the unfair treatment and discrimination against our Tea Party.

First some back story: as reported on the front page of the Richmond Times Dispatch, the Richmond Tea Party delivered an invoice for charges incurred in our previous three Tax Day rallies at Kanawha Plaza because Mayor Jones chose to allow Occupy Richmond protesters to convene in the same park for two weeks.

The Mayor not only allowed the Occupiers to break the law, but he visited them in the city-owned park. “Jones said that as a ‘child of civil rights’ and protests, he had allowed the group to remain in the park but understands his mayoral responsibility to uphold laws of the city,” reported the Richmond Times Dispatch.

Apparently his mayoral duties included preferential treatment for a group he sympathizes with ideologically at the expense of the taxpayers.

The blog Virginia Right reported that the city provided services such as portable toilets, trash pickup, etc. The incomplete invoices obtained from the city totaled $7,000. This was only a portion of the actual costs to taxpayers because the costs of police, helicopter and incarcerations were not included. Also not accounted for was the 24-hour police protection of the Mayor’s home after the Occupiers moved their camp next door to the Mayor’s house. The Richmond Tea Party, conversely, paid for all services for our rallies, including the police, portable toilets, park fees and permits, amounting to approximately $8,500.

Our actions apparently struck a nerve. Our invoice to the Mayor was covered by hundreds of news outlets, including the AP, Richmond Times Dispatch, Baltimore Sun, and the Washington Post. On October 31, I appeared on Fox Business, Neil Cavuto’s show, and was interviewed about our actions. Reportedly, at least two Richmond City Council members agreed with our plight. “I guess we’ll be writing a check to the Tea Party people,” said Councilman Bruce W. Tyler, as quoted in the Richmond Times Dispatch. “You can’t treat one group different from the other. It’s unfair.”

It is unfair for the Tea Party to be required to go through all the hoops to hold a lawful demonstration, while the Occutards get off scott-free.

This is the question every single American needs to be asking in the next year, as we make a decision whether to give The Zero four more years to destroy the American economy completely, or show him the door.

This is a new campaign ad for Gary Glenn, who’s running for a U.S. Senate seat in Michigan. Ads like this would have tremendous appeal in a lot of states where the Dems, who choose to, and preside over our decline with Barack The Zero Obama, need to be shown the door. Don’t let it hit you in the ass on your way out. (H/T Instapundit)